‘RURAL SOUTH ASIA: IMAGING HERITAGE AND PROGRESS’
4th to 7th January, 2013
At Aurangabad, India
Rural South Asia in one of the fastest growing and developing region of the world, since the time of decolonization in mid twentieth century the region has achieved several milestones in rural progress while experiencing newer challenges in terms of conserving heritage and efforts to curb forces of economic and social change which are reworking rural areas of the developing world. With globalization agriculture and rural societies are being squeezed by nonagricultural pursuits, aspirations are increasingly informed by a wish to avoid farming and the ‘household’ is being restructured as the genders and generations contest and renegotiate their respective roles. The diversification of the household economy and the interpenetration of rural and urban have created multiple hybridities where individuals and households shift between agricultural and industrial pursuits and cross between rural and urban value systems[1]. Farm is in thrall to nonfarm, and industry is often dependent on ‘rural’ labour and its natural resources making wider communication gaps between social living and economic linkages in rural settlements (Rigg, 1998: 497). Ten years ago when an American liberal scholar, echoing a sentiment widely held in South Asia as well as in the Western world, wrote: “The [South Asian] … democracy can claim with some pride to speak for its four hundred million citizens. The most remarkable feature of [these] democrac [ies] is that more than three hundred million of its citizens are rural, largely peasants with little if any education…”[2] (Hamza, 1974:413), his then statement remains a matter of concern even today’s folk behaviour of South Asia. Raising concern for as how do we visualise a progressive future for our rural heritage when they are marred with several fundamental issues caste-class based exploitation and social, economic and medical deprivation.
Drawing largely on human-nature relations in context of cultural, scientific and folk trends with rural life and livelihood, the conference is an attempt to review multiple changes and discuss them further on levels of rural-urban continuum in South Asia, with scientific, sociological and historical probing. To further the questions and seeking solutions for pressing issues in ‘Rural South Asia’ Sudarshan Foundation Trust invites maximum participation from the subject experts, people involved in rural welfare and learners. This is the second initiative from Sudarshan Foundation Trust after our successful conference held in 2009 on ‘Gandhi and Gram Swaraj: Reflections on Gandhian Ideology’ http://www.h-net.org/announce/show.cgi?ID=171247. The objective of the conference is to organize a series of brainstorming sessions the results of which will be disseminated through projects for rural planning and improvement in South Asia.
Interested participants are requested to send the abstract of their research papers (maximum 200 words) and presentations on the following sub-themes, with a brief updated resume (Maximum 2 page) to conference email: ruralsouthasia2013@gmail.com, Last Date to submit Abstracts: 30th July, 2012, Date of Abstract Approval: 15th August, 2012.


The conference initiative is  updated and the present event brochure goes as follows: 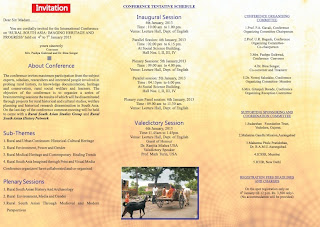 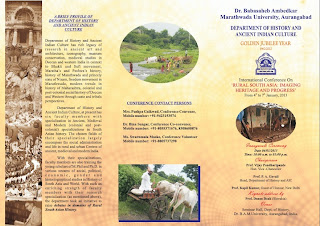 Earlier versions of the conference 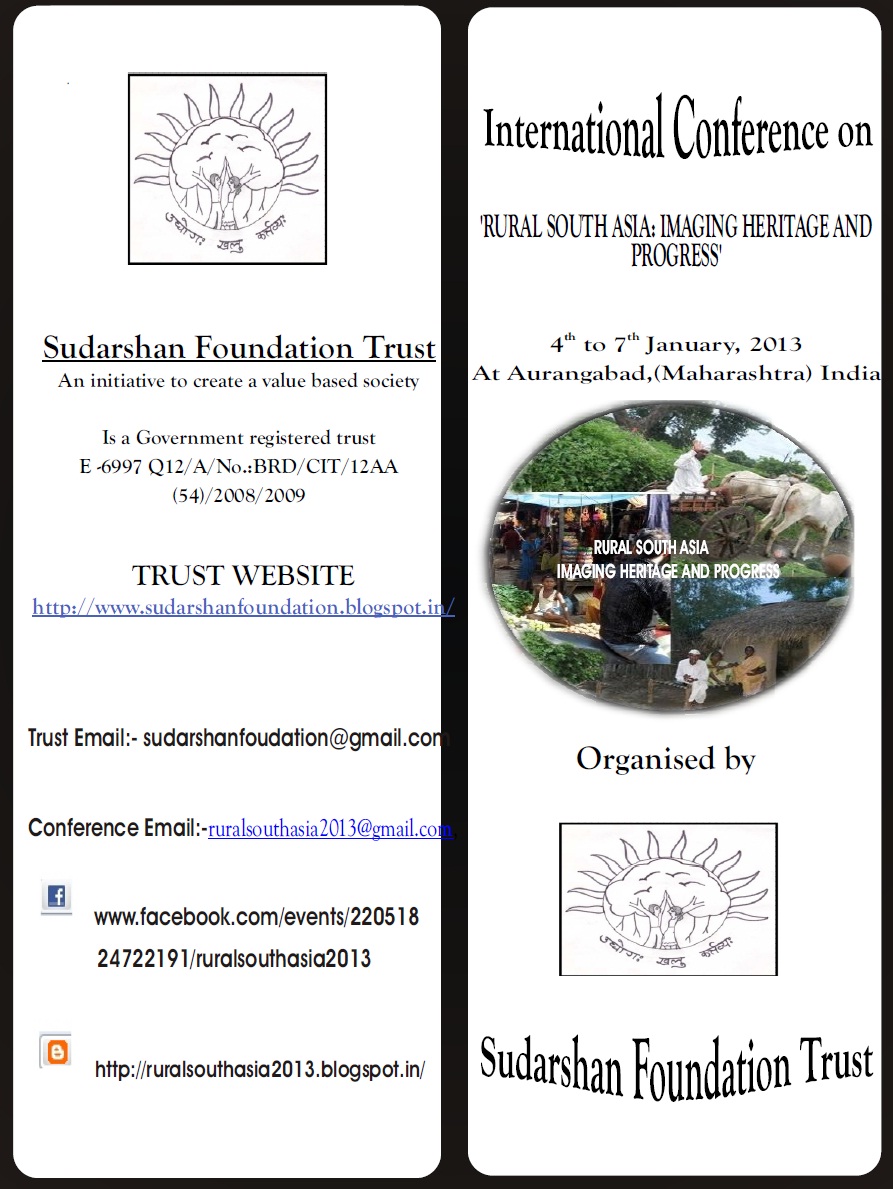 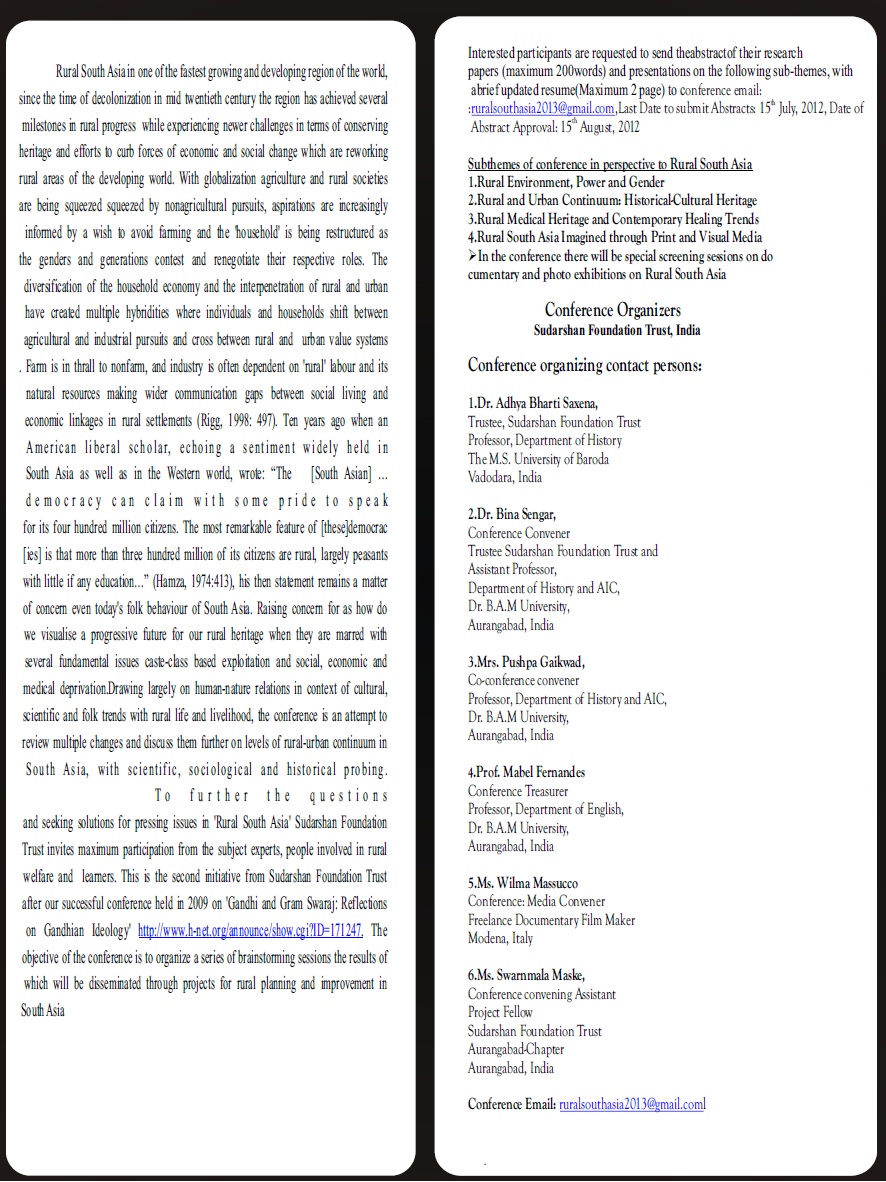 Rural South Asia-2012:facebook Link
Posted by SUDARSHAN FOUNDATION at 6:22 AM No comments: